Sep 14, 2021 | For Individuals and Families, News and Events, The Connection Newletter 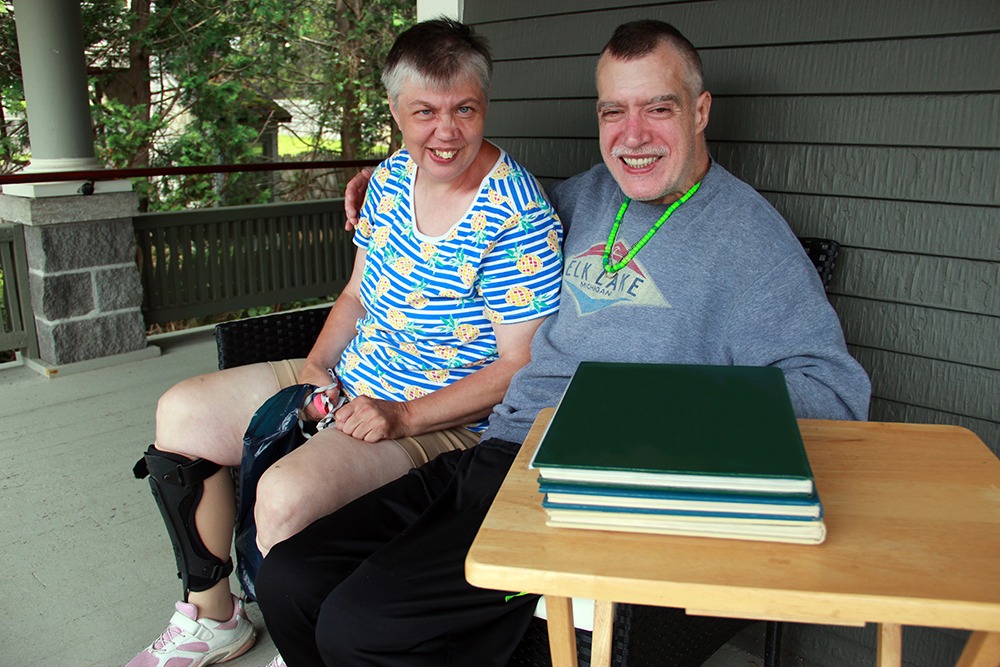 There’s a saying that “the way to a man’s heart is through his stomach,” and it certainly holds true for Chris and Janet Vance. Years ago, Chris lived in a group home on East Street in Oneonta, and Janet lived in a ladies-only home in West Oneonta. Janet and Chris met when she moved into the East Street house. They started hanging out and began to grow fond of each other. A pivotal moment in their relationship came one night when it was Janet’s turn to cook dinner. By chance, Chris’ parents were also coming to visit that evening for supper, so the pressure was on.
“I made two lasagnas,” said Janet, “one with meat, and the other with spinach, so there would be a vegetarian [option]. Because I didn’t know what Chris’ parents would like to eat! I wanted them to be happy.”
As it turns out, Janet is quite the chef, and Chris was absolutely smitten. “I thought to myself, if a girl can cook like that, then she’s got to be pretty smart,” he said. “She was definitely a keeper.” Chris said his parents agreed with him that Janet was a very special lady, and it wasn’t long after that Chris decided to ask Janet for her hand in marriage.
She said yes!
Married in 2003, this September 20th  will mark the Vance’s 18th wedding anniversary. They were wed at the St. James Episcopal Church in Oneonta and then went on a honeymoon to Texas, which was organized through People and Places, a regional non-profit organization that provides small group vacation opportunities to people with intellectual and developmental disabilities. They went to the Alamo and the Wildlife Ranch African Safari and had a very memorable trip.

They found a private apartment through Springbrook, a regional nonprofit service provider, at the organization’s Oak and Elm Community Home. The private apartment is located at the back of the large home in Oneonta’s historic city center. They both recall the incredibly steep stairs, which they joke wasn’t exactly ideal, but nonetheless, they were very happy to have their own space together. They also got a cat and named him Levi.

Chris and Janet both used to work at Creekside Industries, a division of the Arc Otsego in Oneonta. They were part of a team providing outsourcing solutions to businesses that had assembly and packaging needs. But recently they both decided to retire.

Today, Chris lives at Springbrook’s Cook Street Community Home in Worcester. Due to some special health needs, it is getting more difficult for Chris to walk, and it became hard for Janet to care for him. With these concerns in mind, Missy Summers, a Care Manager at Southern Tier Connect, helped Janet secure her apartment in Oneonta and find Chris placement in the Springbrook house. Although they are apart, they still visit often and talk on the phone.

Both Janet and Chris have stopped wearing their wedding rings because they are both worried their rings will slip off and they might lose them. Both of them described how easily their rings slip off their fingers now. Janet keeps hers in a special green keepsake box on her dresser, and Chris wears his wedding ring close to his heart, on a necklace that Janet made for him. He slips it on his finger from time to time when he is thinking of her and says that it helps him to feel close to her when they are apart. 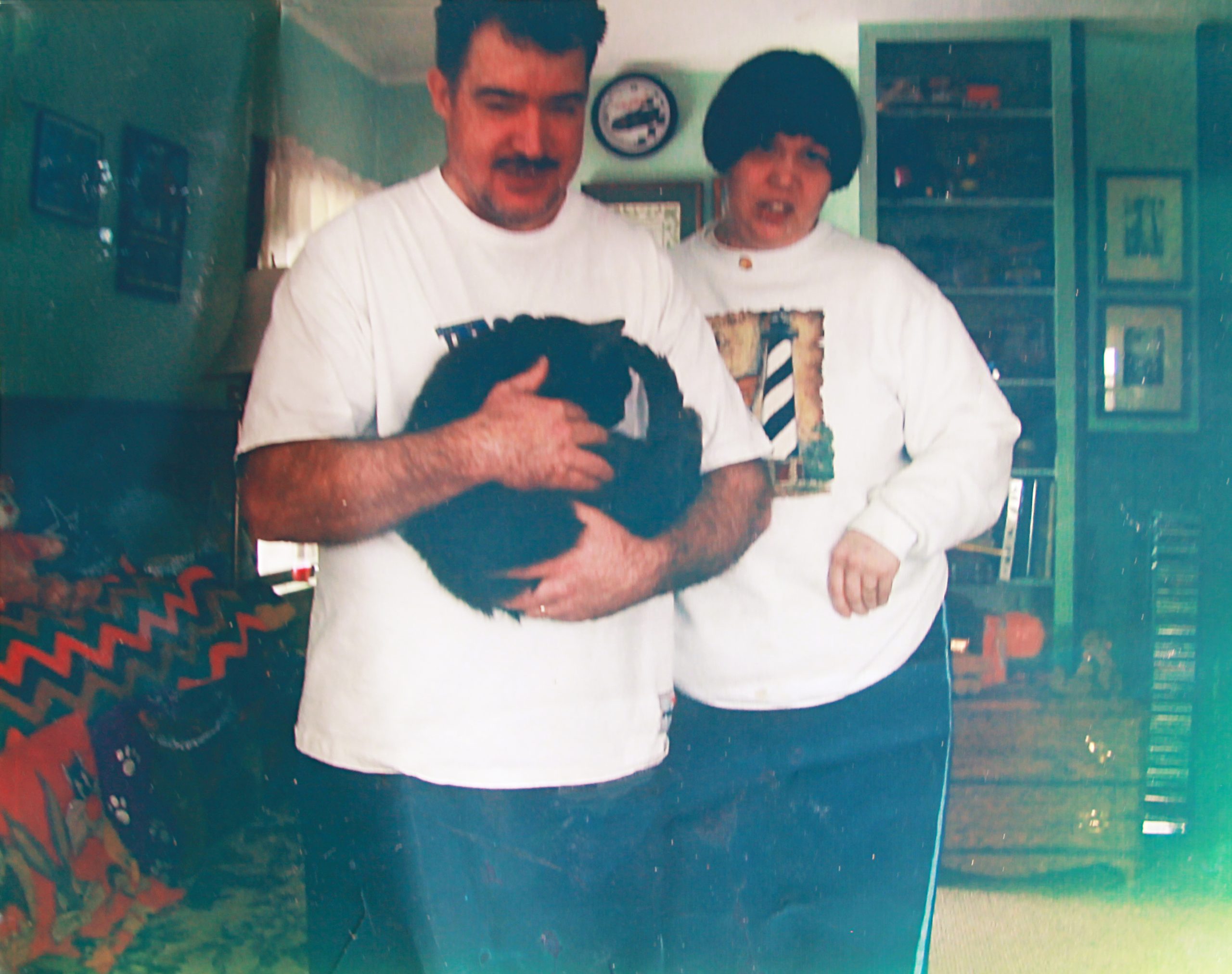 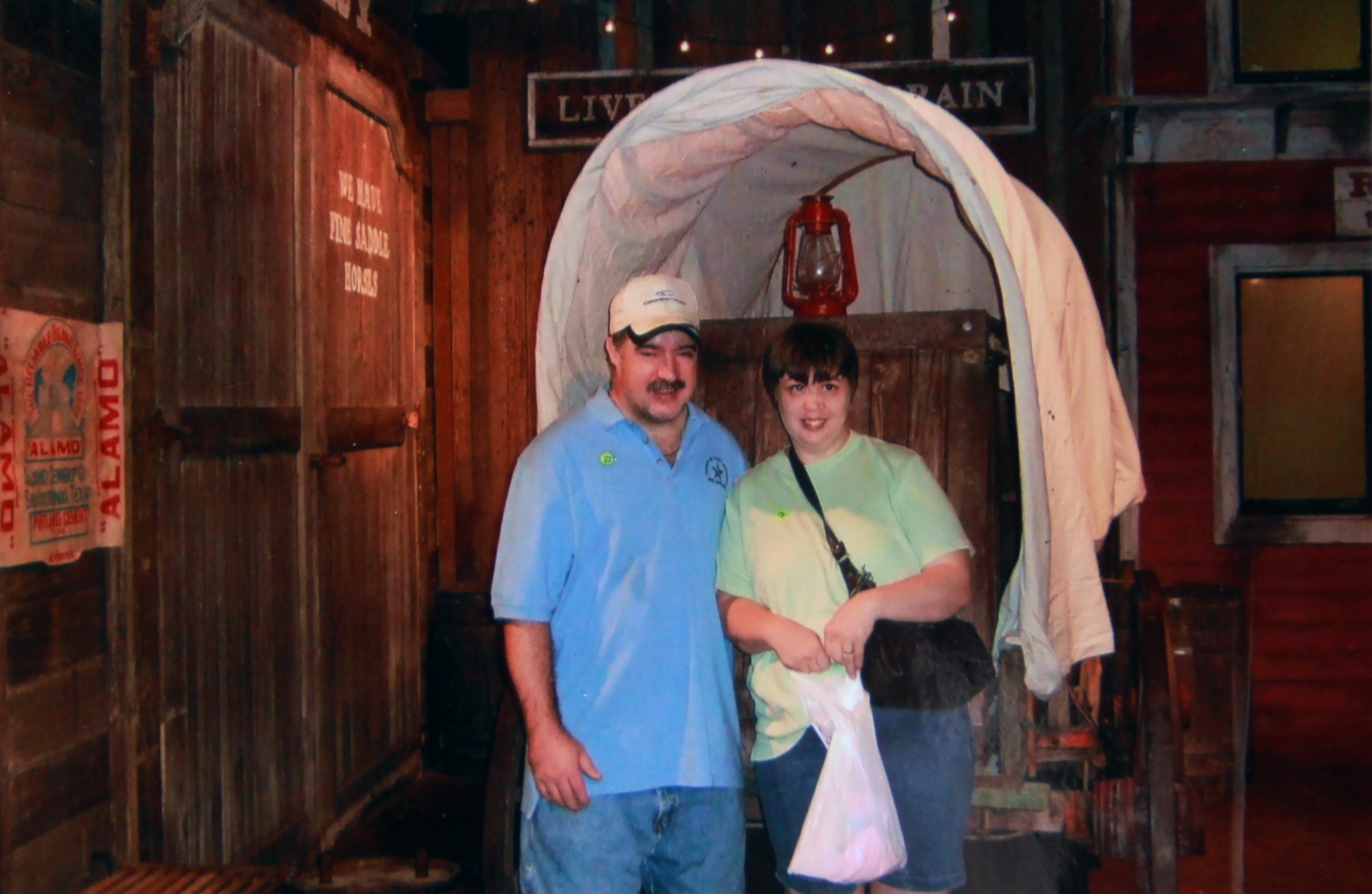 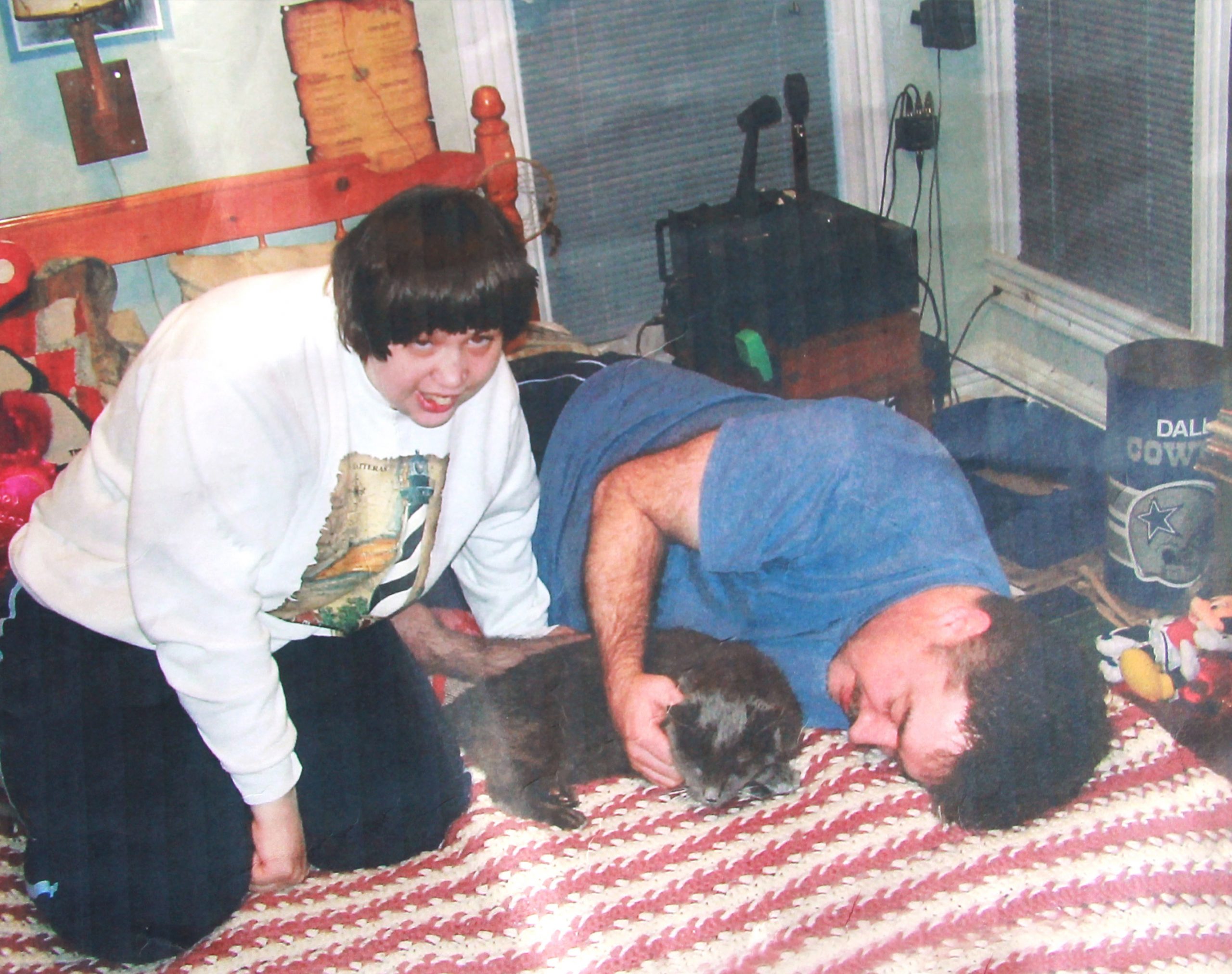 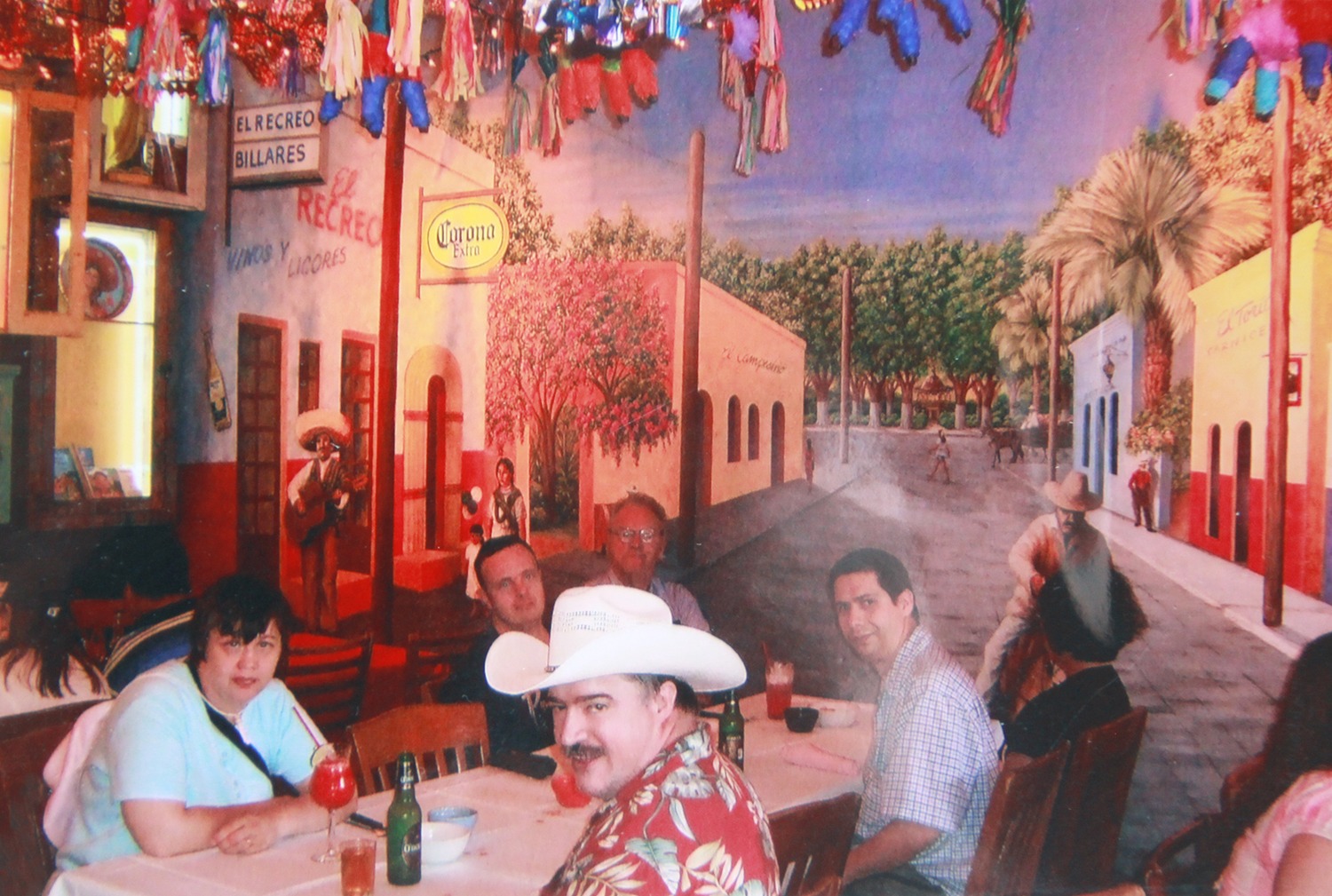 Above, clockwise from top left: Photos of Janet and Chris in their first apartment with their cat, Levi; Janet and Chris out to dinner at a Mexican restaurant and on a tour of the Alamo during their honeymoon vacation to Texas.