Racing to the Top 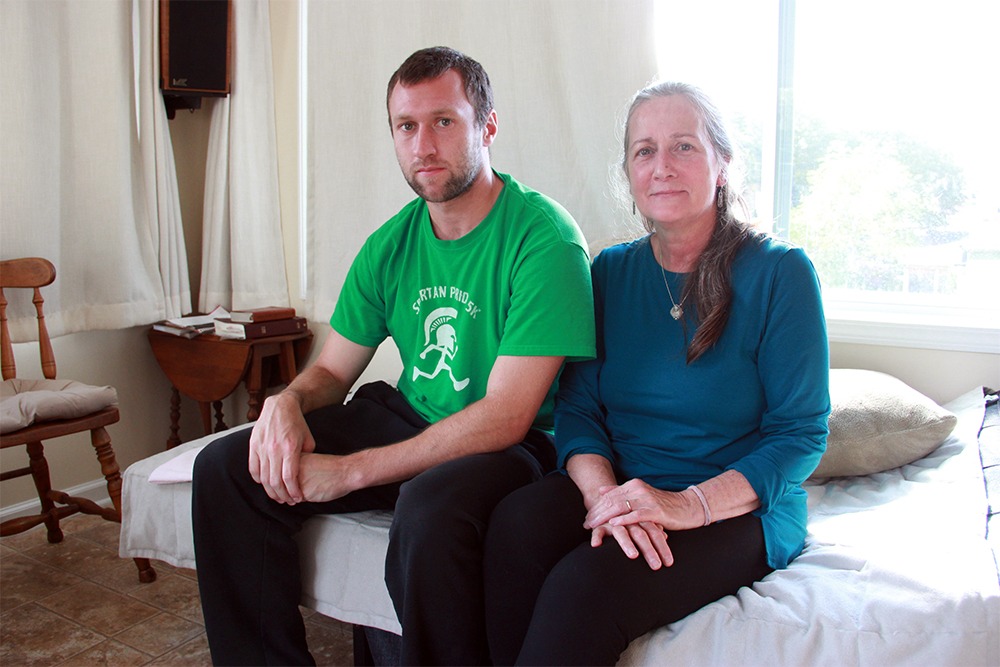 Thomas Slicer is a very determined 27-year-old man. When he sets a goal for himself, he completes it, no matter what it takes. He excels in many areas, but he is particularly accomplished in athletics. Lately, Thomas’ main passion has been for running.

On October 10, 2021, Thomas ran the Mohawk to Hudson marathon in under three hours—2:48:33, to be exact—a time that qualified him to participate in the New York City and Boston Marathons. This is a huge accomplishment for anyone and Thomas achieved this goal entirely on his own with encouragement from his friends and family.

Thomas grew up in Harpersfield on his father’s dairy farm. In his youth, he attended the School at Springbrook as a residential student for six years and a day student for four years. During that time, he played with the Springbrook Scorpions basketball and soccer teams, but he soon outgrew that level of athleticism and knew he was ready for more.

In July 2013, Thomas’ mother, Wendy, asked him if he would like the opportunity to attend Oneonta High School. It was a huge transition, but he was very successful. Right away he began to work with OHS Athletic Director Jerry Mackey and the Yellow Jackets’ Varsity Basketball team.

Thomas graduated from OHS in 2014 and spent another year obtaining his GED. “That was when I started my running career,” he said. Following graduation, he spent two years at SUNY Delhi majoring in Recreation and Sports Management. “I was a walk-on for the track team there,” said Thomas, “but the coach told me his roster was already too big to take me on unless I felt like I was ready to race. Those were my first two years running.” In 2017, Thomas left SUNY Delhi with an associate’s degree and a newfound passion for long-distance running.

Right now, Thomas is running 70-90 miles a week. Mainly he treks the streets of Oneonta, leaving his home on Dietz Street in downtown Oneonta, venturing as far as West Oneonta or all the way out to Evening Inn Road past the Wilber reservoir outside of town. About once a week he’ll travel out to run on the Catskill Scenic Trail in Delaware County, accompanied by his former college track coach and his running buddy, Nick. Once they did a 20 mile run together. Other times, Thomas will go work out at the SUNY Oneonta track.

Thomas has been participating in Oneonta’s Pit Run since 2016; this year he came in third place overall. “I had a bit of cramping issues,” he said, modestly. Thomas also ran the half-marathon in Ithaca, NY, and the Boilermaker 15K in Utica, NY this year, in addition to the Mohawk-Hudson marathon.

Running the marathon took a lot of prep. Up until that point, Thomas was doing cross-fit three times a day and running at least 60 miles a week. On the day of the race, Thomas and Nick had been training for five months. They were supposed to run it together, but Nick had to stay home due to trouble with his asthma. “When I got there, I was like, okay, I’m just going to see how this plays out,” Thomas chuckled. He continued, “and then the horn went off, and I was like, I’m just going to let loose and see what happens.” At the time, he had not finished in under three hours before, so he felt he was in sub-shape. “[Running a marathon] is not for the fainthearted. Such a distance is not to be trifled with,” he said. 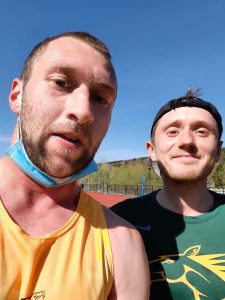 Another of Thomas’ biggest challenges in preparing for the marathon was finding time to run in-between his work schedule. Thomas currently works five days a week, six hours a day, doing maintenance and custodial services at the Southside Mall in Oneonta, where he has been employed for four years. Earlier this year he was also working two jobs, running production at the Tooney Mooney Organics marshmallow fluff company. Although he likes to work, he quickly realized he needed to cut back on his work hours to properly focus on running in order to work up his strength for the marathon. To prepare, Thomas would put himself on a two-week taper. “When you’re two, three weeks away from the marathon,” he explained, “you have to bring your miles down to 40-50 where you might have been doing 80-90 mile weeks, to let your legs heal.”

Just last month, Thomas’ application for the Boston Marathon was approved. He’s training now to attend the race on April 18. In order to participate, a registration cost of about $200 is required. Thomas was able to use money from a pooled trust he has with Springbrook in order to pay the fee.

This is just one of Thomas’ many, many accomplishments throughout his life. He is truly an incredible person who can do whatever he sets his mind to. At the end of the day, Thomas is hoping to stop needing support services altogether, and even now, he needs very little assistance. When making this choice, however, there are a few things to consider regarding his Medicaid funding against his current income, so he is working with Care Coordination Manager Terri McCue to figure out the best next steps. Someday, Thomas may want to buy his own house. But for now, he lives in his own apartment in his grandmother’s house, where he focuses on keeping and eating healthy for his self-declared “high octane life.” Congratulations, Thomas, on this great achievement—keep on running!