At STC, Our Members are More than Just a Number

Sep 15, 2021 | For Individuals and Families, News and Events, The Connection Newletter, Uncategorized 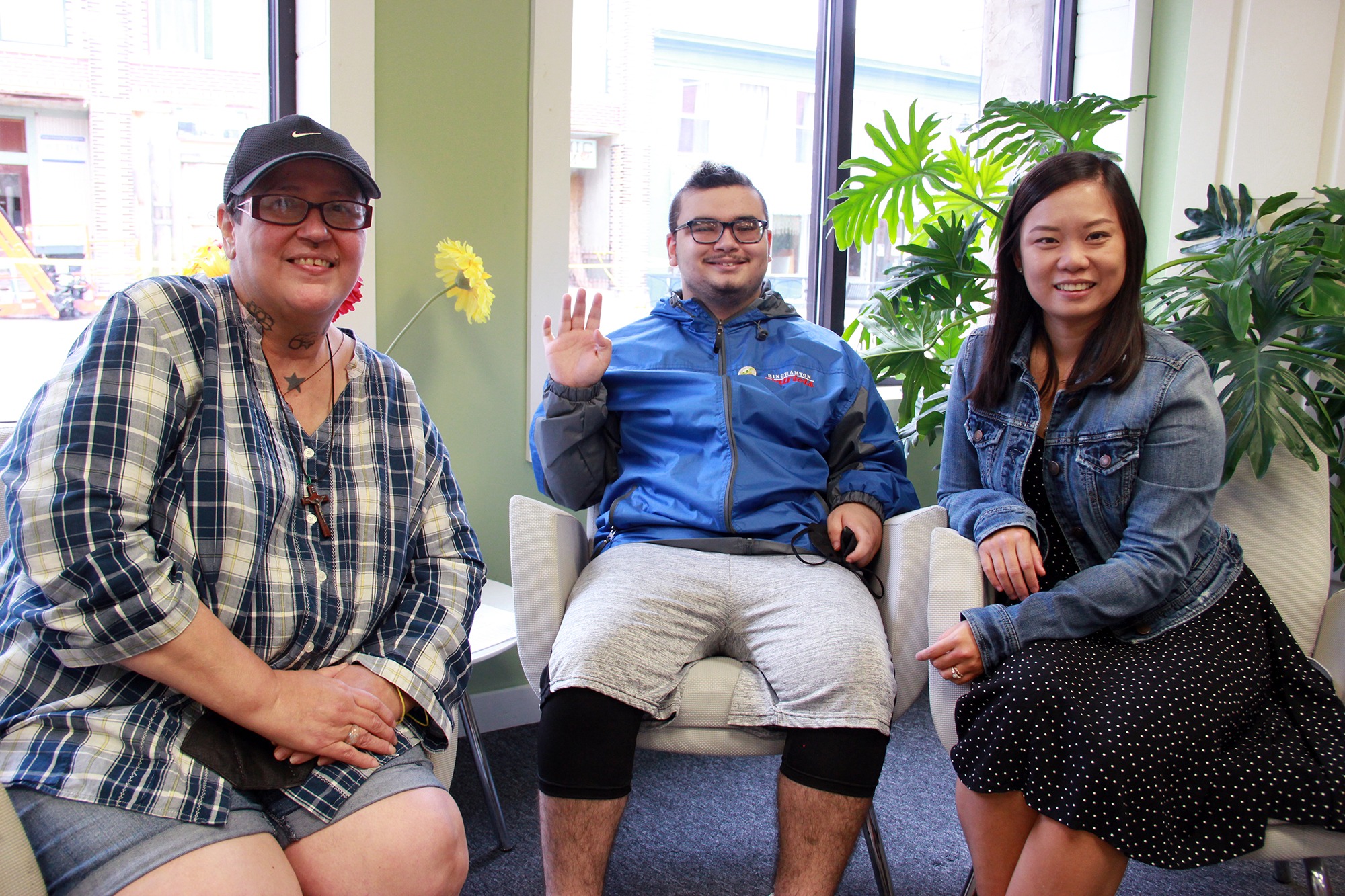 Elizabeth Gomez and her son, Eliot, moved to Binghamton five years ago. They relocated from New York City to find a more affordable living situation and also to be closer to Elizabeth’s daughter while she attended college there.

Eliot has special needs and qualified to receive Medicaid Service Coordination (MSC) services in New York. But, according to Elizabeth, MSC options were few and far between. “Eliot only saw his MSC coordinator once a year. The coordinator never called to see how he was doing, and would only come by when they absolutely had to, so Eliot and I could sign paperwork. Eliot didn’t really get out into the community to be with his friends or socialize at all.”

When MSC services transitioned to Care Coordination, the Gomez family chose care coordination with Southern Tier Connect. That’s when they first met Mimi Tyree. “Mimi is totally different,” said Elizabeth. “I feel really close to her because she gives me so much information and has so many ideas and resources for Eliot. She’s like a family member, always calling us and keeping up with what’s happening.”

The story of Mimi, Elizabeth, and Eliot’s relationship is a compelling example of how care coordination is more than just paperwork and numbers. It takes a special person to be a care manager, someone with compassion and understanding—something you can’t get from certifications or specialized degrees.

Mimi attended Binghamton University, majoring in foreign language. She has an amazing talent for languages and speaks five fluently—English, Chinese, French, Italian, and Spanish! After she graduated, Mimi didn’t have a clear idea of where to go next. She accepted an internship at Family Planning of South Central New York, followed by working a couple of years in customer service, until she realized she wanted to be in the human services field. She started as a CCM with Southern Tier Connect and has been here for three years.

“I like the job,” she said, “because it’s very rewarding to help people, and it’s nice because you develop a relationship with the families and after a while, it’s not really ‘work’ anymore. It’s more like catching up with friends.”

Elizabeth and Mimi talk regularly to catch up, share stories, and to make sure Eliot is staying on course with his goals. “Everything that happens with Eliot, I share with Mimi—even his moods,” Elizabeth said. “I ask her for advice because she knows a lot!”

One of the first things Elizabeth wanted assistance with was guidance for Eliot’s health care. Working with Mimi, they decided to pursue Article 16 psychiatry services for his medication. Eliot also wanted to increase his socialization, so Mimi gave him different options for community habilitation programs, and he chose the one that interested him most. Additionally, Mimi introduced Eliot to a peer counselor, Bob, which has helped dramatically. Bob was in a similar situation as Eliot at one time, so having Bob’s first-hand experience and guidance has helped Eliot in his own progress. Eliot now aspires to be a peer counselor himself one day!

Eliot is entering his Senior year of high school this year. He’s a straight-A student and will receive his regent’s diploma this Spring. After graduation, he hopes to attend college part-time and work part-time. His interests are quite diverse. He is very fond of history, chemistry, and math, but he also wants to do something to help people. Eliot just started an internship in early intervention, learning physical therapy for children. He is learning sign language and has a part-time job at the local library. Eliot has had a lot of support from the school. “Even as he’s advanced,” said Elizabeth, “Eliot’s ninth, tenth, and eleventh-grade teachers still watch out for him and call or email me to keep me in the loop.”

The Gomez family is extremely grateful to have Mimi in their lives. “Mimi is personable and explains things well—I talk her to death sometimes and she is so patient!” Elizabeth laughed. “Mimi is honest and understandable, and never gets upset. But, if she’s trying to help Eliot, she is firm when we need to make decisions. I wouldn’t change her for the world, she’s great,” she said.

Eliot has come such a long way and will continue to pursue his dreams and goals with Mimi’s help. “I think you’re a really special person,” said Eliot to Mimi. “You’re the one that I never had before.”